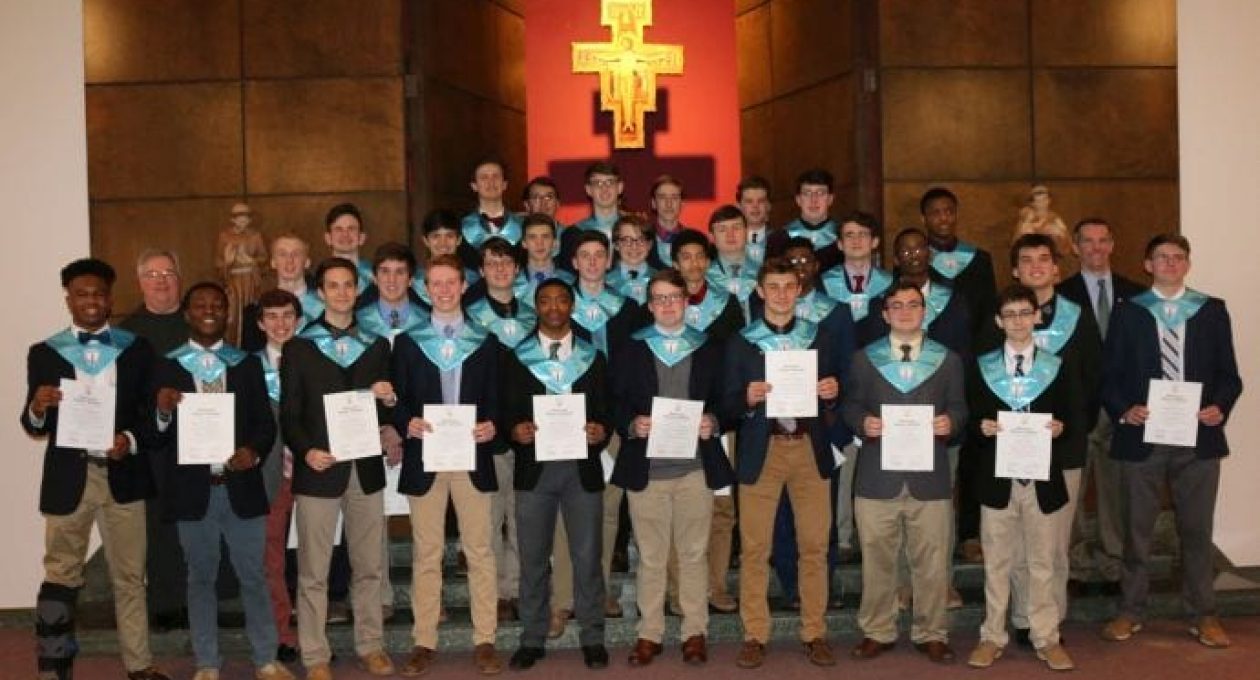 On Thursday, March 8th, the Curley community assembled in the Suehle Auditorium to celebrate Mass and to witness the induction of 1 senior and 32 juniors into the Lawrence Cardinal Shehan Chapter of the National Honor Society.

Fr. Nick Rokitka OFM Conv., Theology Instructor, was the main celebrant and homilist. He spoke about living the Christian life by striving for positive things (like service to others) instead of simply avoiding negative actions (like “Thou shall not kill.”) Junior Adam Peck proclaimed the first reading and junior Kyrian Elekwachi led the intercessions. The Curley Choir and the Praise Band provided music for the liturgy.

The Induction Ceremony occurred after communion.

As the names of the inductees were called, Mr. Long invested each student with the blue NHS stole and Ms. Sica pinned the NHS emblem on the stole.

The new members then spoke the NHS Pledge, led by Nathan Jarmer ’18.