“A saint is not a perfect person; a saint is a person of strength and purpose who knows the source of his strength and the object of his purpose.”

Saint Francis of Assisi, born Francis Bernadone, was the son of a successful cloth merchant. As a young man, Francis enjoyed the benefits of his father’s success: partying with his friends and dreaming of glory and fame as a knight of Assisi. He answered the call to arms in a war with a neighboring city and set out seeking fortune and glory. He returned from the horror of battle a disillusioned man, having spent a year as a prisoner of war. The partying of the past, the companionship of old friends and even the wealth of his father did not heal the pain inside him. Francis’ journey led him to a life of simplicity and service, recognizing that his strength came not from intelligence or fame or status or riches, but from the God who created him and called him to be the best person he could be in service to others. Francis slowly began to trust and rely on God and his life changed forever.

Francis learned that his strength came from God and his purpose was to love God and neighbor. So attractive was his example that other young men asked to live with him and follow him. Those brothers became the Franciscan Friars. With the help of his friend, Clare of Assisi, young women also were attracted to his lifestyle of simplicity and service and became the Order of Poor Clares. Curley has been the recipient of Francis’ example and legacy through the Friars who have been part of this school since 1961. Their God-given strength and purpose have touched the lives of many students and parents.

Dedication to Christ in the Church

Outreach to the Marginalized

Concern for the Environment 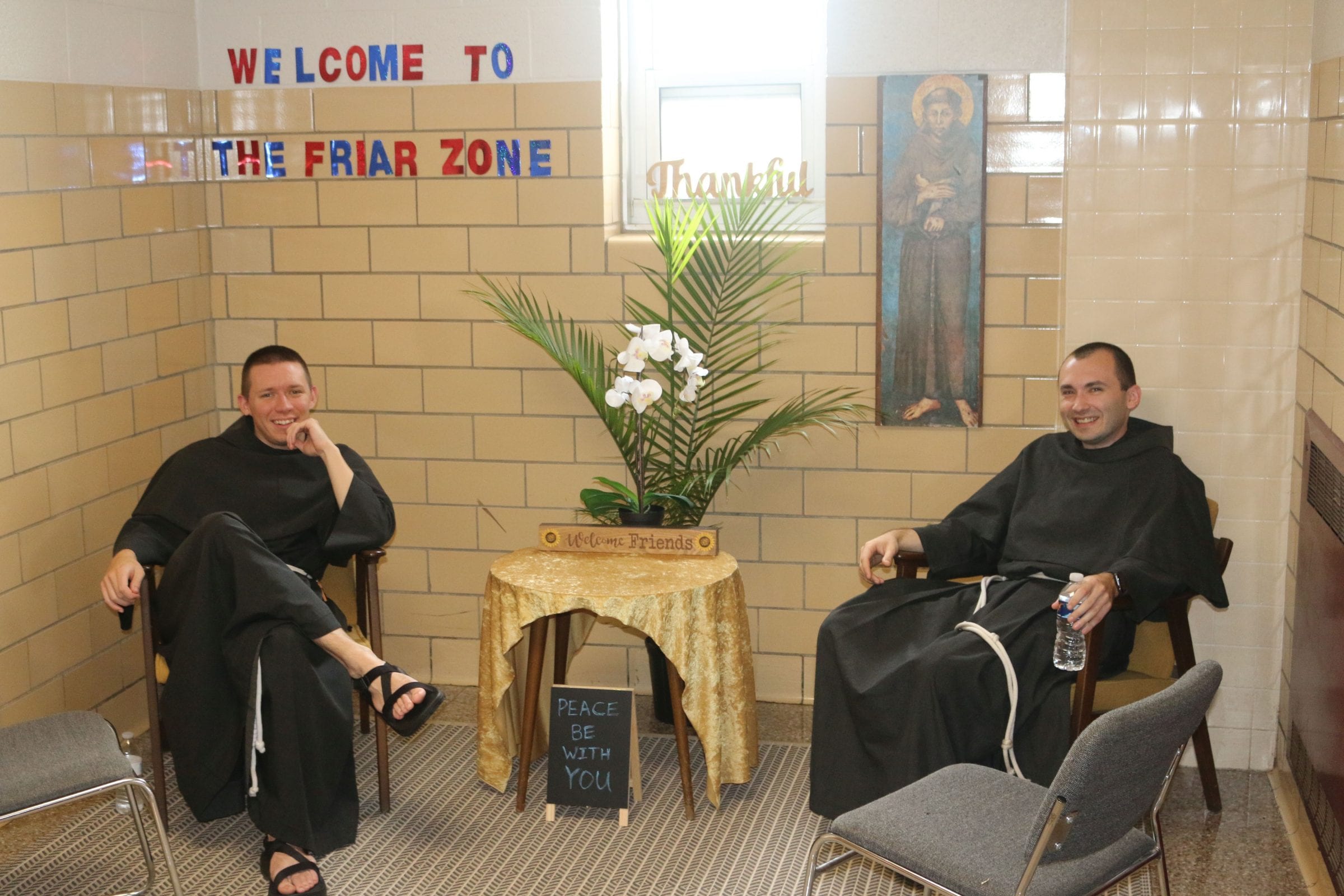 Would you like to be a Friar for life?
Do you think God is calling you to serve his people as a Friar?
Talk to one of the Friars about it.
Or go to  https://www.franciscans.org/  for more information.