CELEBRATING THE CLASS OF 2022

The fifty-eighth Commencement Exercises of Archbishop Curley High School took place on May 27th at Cathedral of Mary Our Queen for the class of 2022.
Mr. William J. McCarthy, Jr., Executive Director, Catholic Charities Archdiocese of Baltimore, was the Commencement Speaker.

The Archbishop Curley Medal was presented by Fr. Donald Grzymski OFM Conv. ’70, President of Curley to Mr. Michael Brockmeyer ’70, chair of the Curley School Board for his work on the Endowment and Mr. Frank Savarese ’75, chair of the Capital Campaign and longtime chair of the golf tournament.

After Fr. Donald and Mr. Joseph presented the diplomas, the following awards were announced:

After the school song was sung by all alumni present, Fr. Christopher Dudek OFM Conv., campus minister of Curley, led the assembly in benediction. 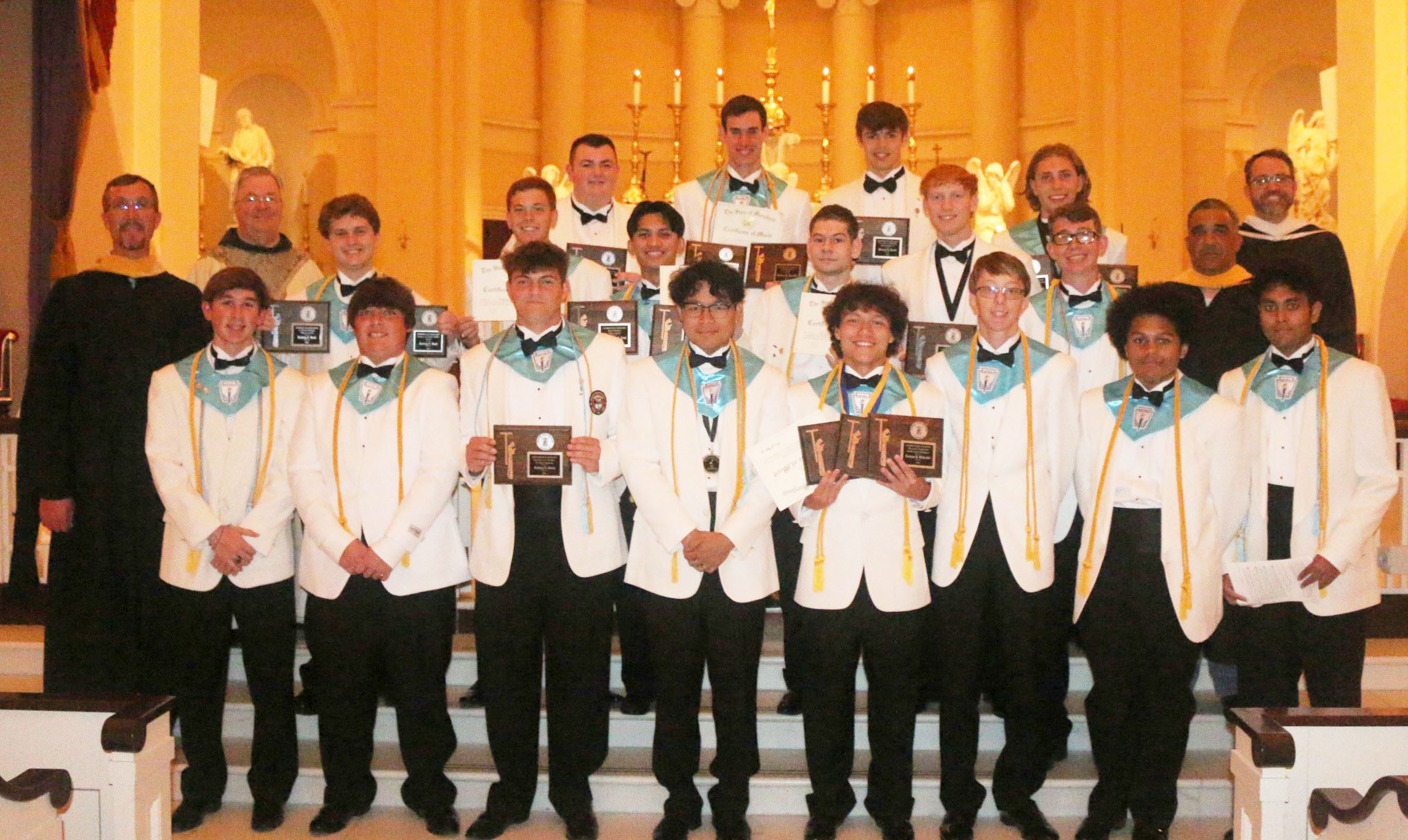 On May 25, 2021, The Class of 2022 gathered in the Basilica of the Assumption in Baltimore to celebrate their Baccalaureate Mass. As is the custom, the seniors walked past the tomb of Archbishop Curley in the crypt as they made their way into the upper church of the Basilica. Fr. Donald Grzymski OFM Conv. ’70, president of Curley, was the principal celebrant and homilist. He spoke about our traditions as Curley men and staying close to Jesus as branches on a vine.

After Communion, the following awards were presented: