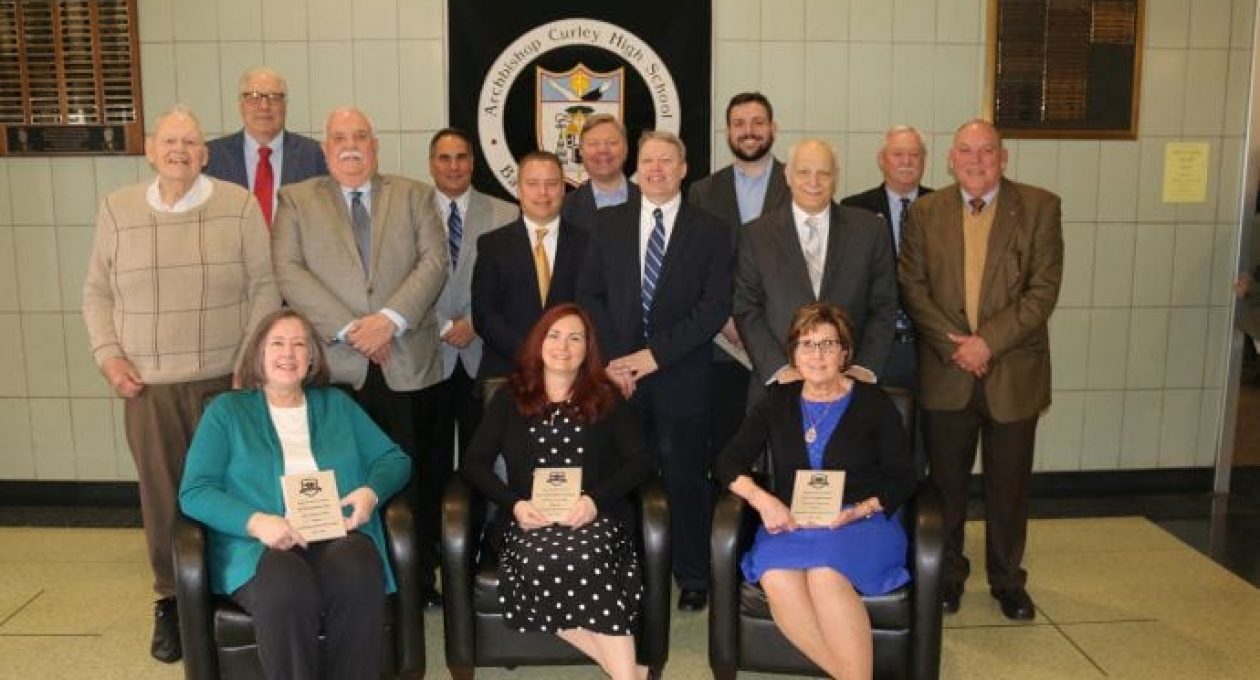 For the second year Curley celebrated Cornerstone Day, commemorating the formal blessing of the building and laying of the cornerstone by Archbishop (later Cardinal) Lawrence J. Shehan on April 17, 1962.  This year the celebration was moved to April 2nd because of the Gala and Easter holiday.

Leading up to April 2nd there was a series of video tributes that were shared digitally with the Curley community, recognizing both past and present staff members, as well as a number of graduates who have made a difference in the school’s history.  Many students and donors joined in by sending tribute messages of why they believe a particular person is a Curley “cornerstone.”

The student body joined in the Cornerstone Day celebration through participation at a special Mass when honorees were presented with their awards, and with a dessert treat at lunchtime.  Fr. Michael Heine, OFM Conv., the Vicar Provincial of the Friars’ Our Lady of the Angels Province and a former guidance director at Curley, celebrated the Mass.  In his homily he reminded everyone of the innate goodness of each person, made in God’s image, and encouraged all to develop that goodness during their school years and beyond.   The Mass was live-streamed giving those who could not be present an opportunity to celebrate.

Throughout the day special messages were shared, and donors were invited to use the day to make their Annual Fund contribution, or to donate in honor of a particular individual.  The support for the day was gratifying once again.

In the evening a donor reception was held, at which time the year’s honorees were again celebrated.  Cornerstone Day 2020 will take place on April 29th (after the Easter holiday).