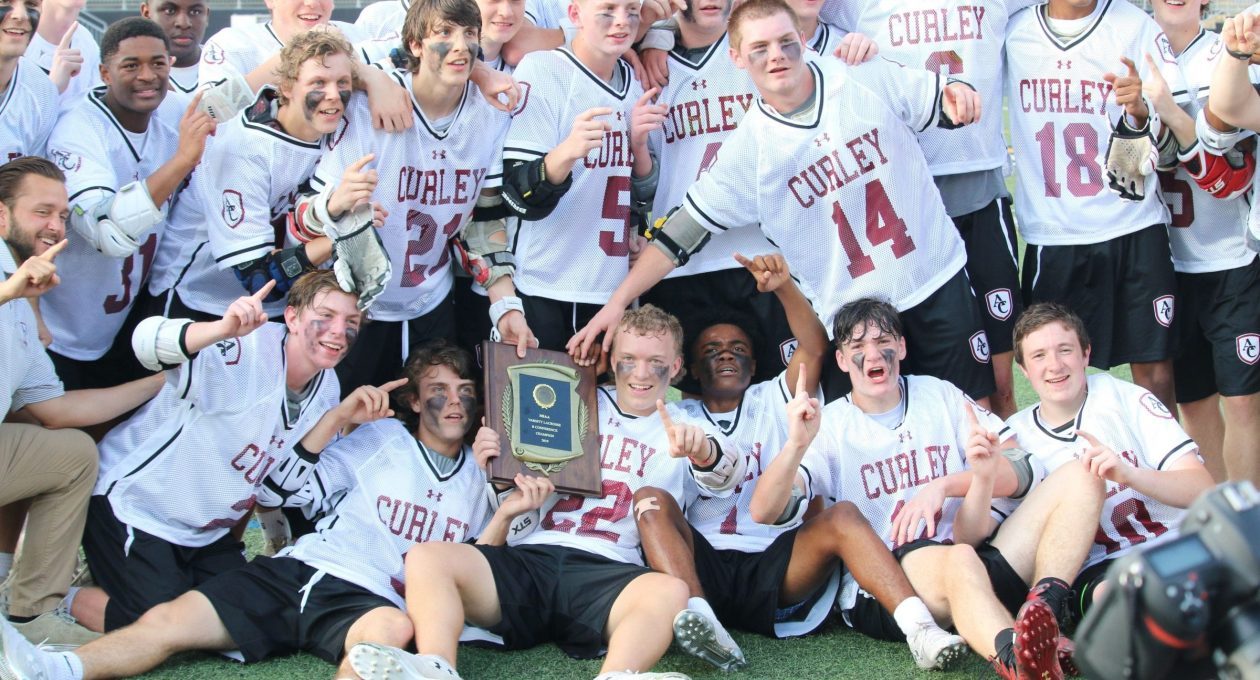 Curley’s Varsity Lacrosse team ended the season as the MIAA Conference B Champions with their 12-3 win over Glenelg on May 17. Curley beat Saint Peter and Paul 15-5 in the semi-finals to set up a rematch with Glenelg, the only team to defeat Curley in the regular season. While the entire team contributed, the biggest contributors came from Nate Rollins, who scored 3 goals, Lee Rock and Gage Coolahan, who had 2, and the final 5 goals coming from Paul Lewis, Nick Ramage, Scott Kahl, Josh Knapp, and Scott Giampa. Josh Knapp also finished with a team-high 2 assists. The Friars finish the season with a record of 14-3, capping it off with last Friday’s win.

Curley’s goalie Junior Sean Roesener said after the game of Glenelg that “those guys are really, really good” and that “we wanted to be physical with them”. When asked on his perspective of the win, Coach Ogle had this to say: “The game was a memorable experience for the players, coaches, students and the entire Curley community. The players worked extremely hard all season to achieve their goal of winning a Championship. Our school last won a lacrosse championship, 11 years ago. This year was also the 50th Anniversary of the 1969 Lacrosse Championship, so this win was very special. It was a very rewarding experience. I am very proud of everyone associated with our lacrosse program and school. It was a great day for Curley!”. This win clearly shows the pride the students of Archbishop Curley possess in their school. What a season!

Stauffer Retires After 39 Years.
Congratulations to the class of 2019!
Archbishop Curley