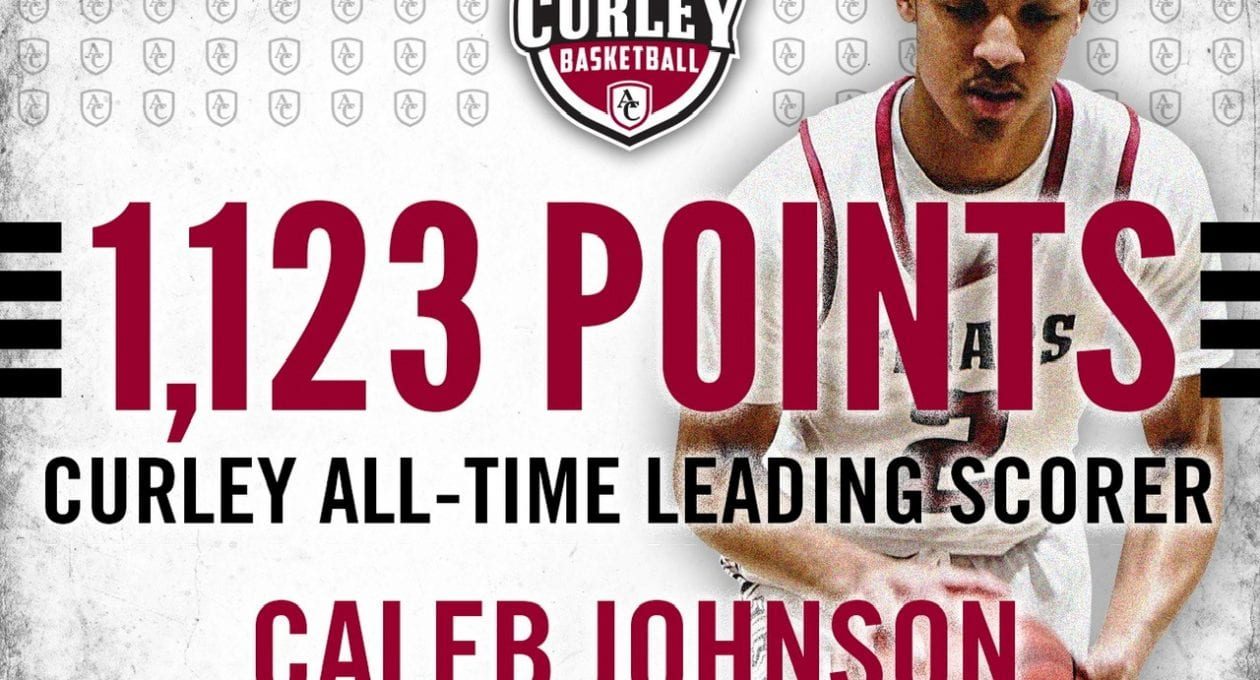 By now everyone knows that Curley’s Varsity Basketball Team won the MIAA B Conference Championship by defeating St. John’s Catholic Prep 64-54.  The team was always at or near the top of the conference and ended the regular season in first place with a 12-2 record.  Their overall season record was 23-6. Congratulations to the players and to the coaches Darnell Hopkins, Byron Jones and Carroll Mitchell.

Perhaps overshadowed by the team’s accomplishments is the record set by senior Caleb Johnson.  He became the leading scorer in Curley history with 1,123 in three seasons as a varsity player. In his sophomore season, he tallied 242 points.  As a junior, he scored 313 points. This year he totaled 568 points.  Congratulations, Caleb!