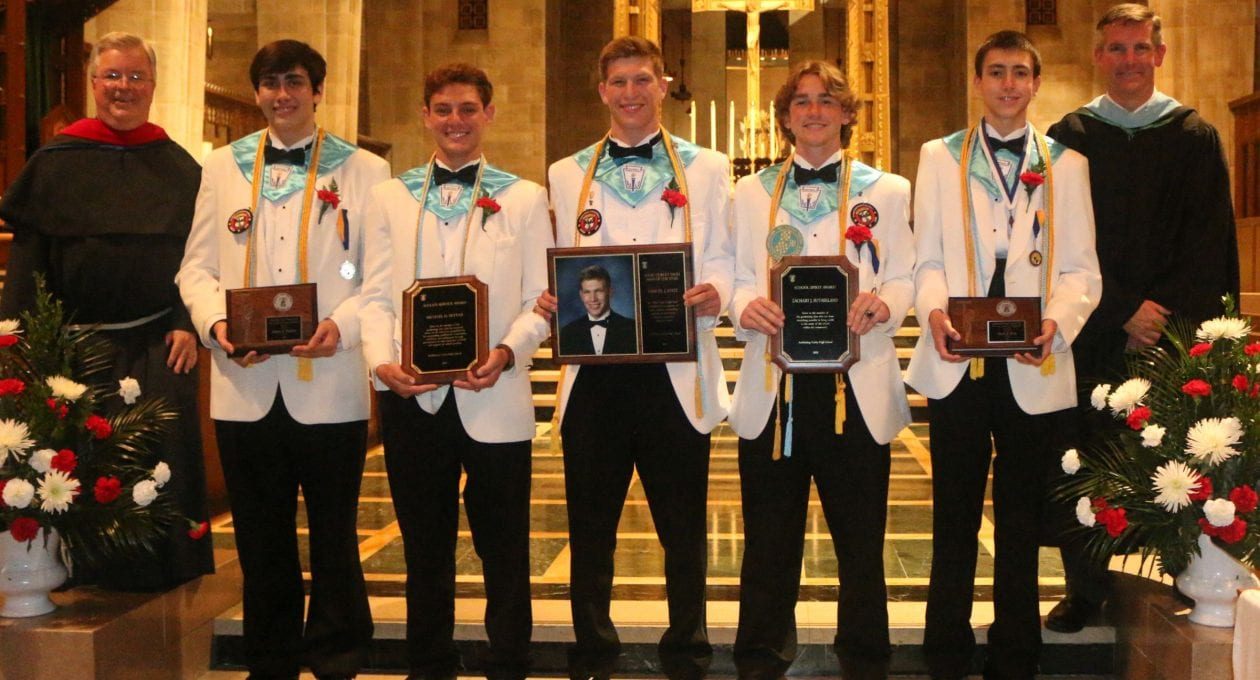 We were fortunate to be able to celebrate the Commencement Exercises for the Class of 2021 in the traditional location, the Cathedral of Mary Our Queen on May 28, 2021.  Attendance was limited, but the ceremony was livestreamed.

The commencement speaker was Reverend Brian F. Linnane, S.J., the President of Loyola University Maryland.  The Archbishop Curley Medal was presented by Fr.  Donald Grzymski OFM Conv. ’70, President of Curley to Mr. Howard L. Meyers ’66 for his generosity in providing scholarships to Curley men.  Mr. Brian Kohler, Principal of Curley who accepted a position as president of Archbishop Spalding, was given an Eagles jersey with the number 21 by the senior class.

After Fr. Donald and Mr. Kohler presented the diplomas, the following awards were announced:

After the school song was sung by all alumni present, Fr. Christopher Dudek OFM Conv., campus minister of Curley, led the assembly in benediction.