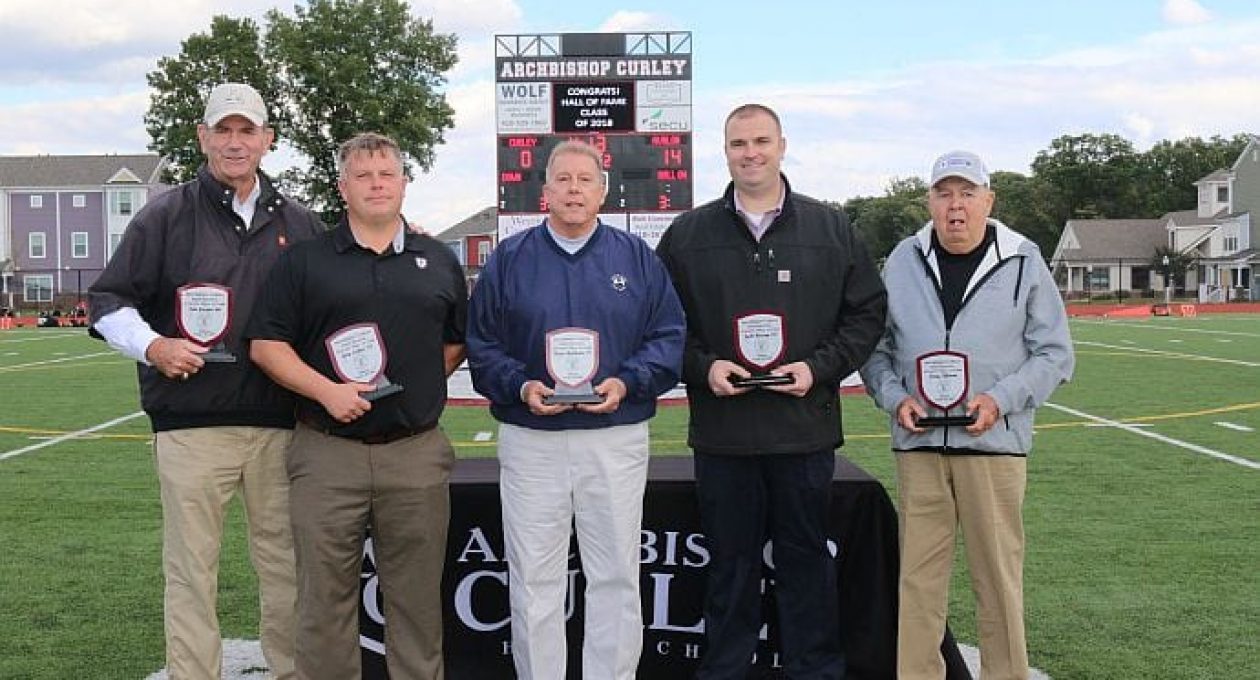 Click HERE to read the bio’s of these men.

When each of these men spoke at the Hall of Fame Dinner, they shared their gratitude for being nominated and chosen for this honor.  It was expressed most eloquently by Jack’s two year-old son when he was heard to say: “I’m so proud of you, Daddy.”

This is the fourth class to be inducted into Curley’s Athletic Hall of Fame. In addition to being recognized at Homecoming, inductees were honored at a dinner following the game and have their names displayed on a commemorative shield on the Hall of Fame Wall located in the lobby of the athletic wing.