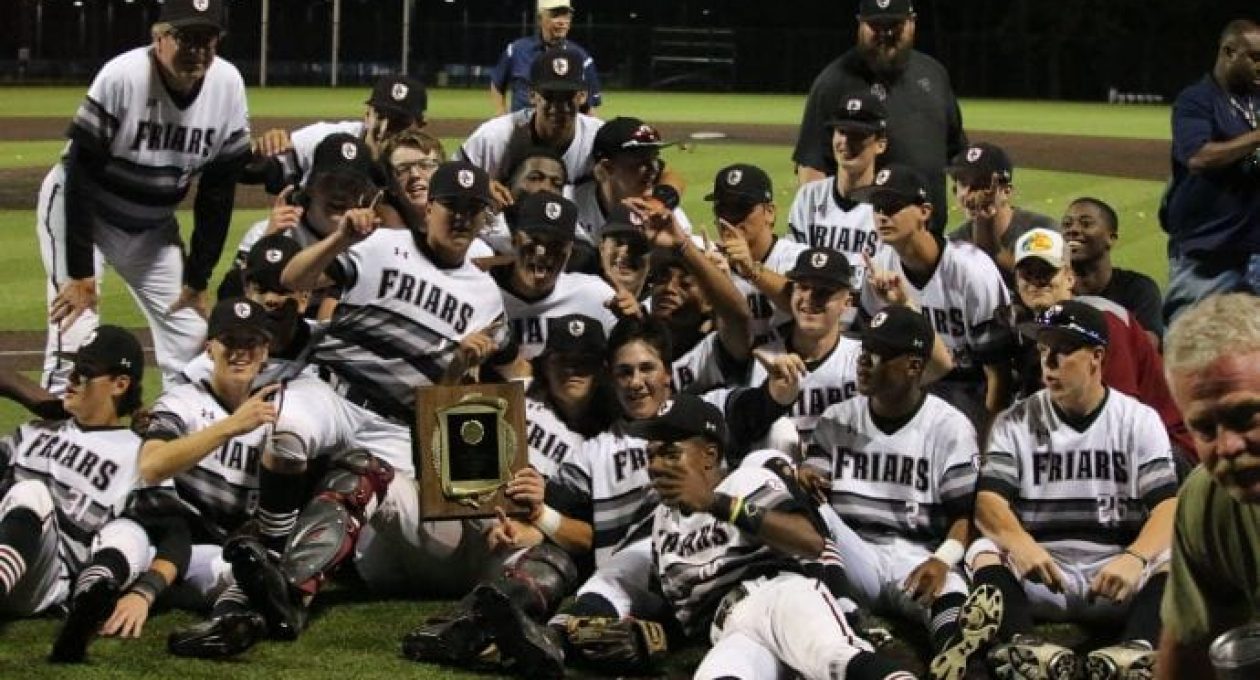 The bottom of the fifth inning proved to be decisive, as Curley scored four times to take an 8-3 lead, which was the final score. Booker (2), Evans (2), Locklear, Richardson, March and Burton drove in the Friars’ 8 runs.

Senior Paul Nixon started for the Friars and pitched six innings, earning the win and raising his record to 9-2.  Senior Nick Richardson pitched the top of the seventh inning to seal the victory for the Friars.