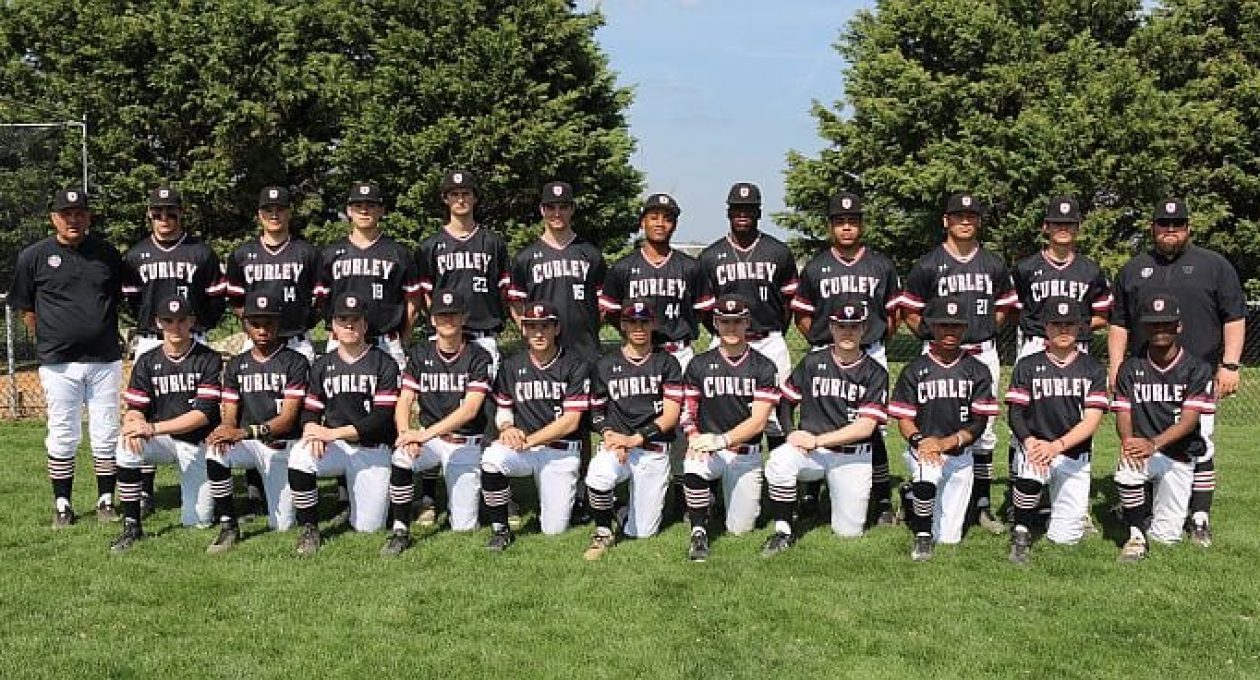 On Wednesday, the weather forced both baseball playoff games onto the turf fields of the Ripken baseball complex in Aberdeen. Curley jumped out to a 2-0 lead in the bottom of the first on a 2-rbi double by senior Nick Brown. Corey Burton, a senior with a 4-0 record, held Gilman scoreless until the top of the 5th inning, when Gilman’s Gonzales hit a solo home run. Burton walked the next batter, but catcher Trent Gast-Woodward threw the runner out on an attempted steal, the first of two plays by the senior catcher.

Curley got a run back in the bottom of the inning with a Paul Nixon 2-run homer. Gilman appealed that Nixon missed second and the umpires agreed, so only one run counted.

Gilman answered with a run in the 6th inning to make the score 3-2. Curley answered in the bottom of the frame with an rbi-single by sophomore Gavin Evans.

With the score 4-2, Gilman plated a run in the top of the 7th inning with 2 outs and 2 runners on base. That chased Burton and Coach Norris brought in senior Nick Richardson who loaded the bases before getting the final out.

The Friars’ first playoff game was a 12-2 victory over #4Loyola on Monday, May 14th. Senior Paul Nixon struck out 10 and allowed only 2 hits. Jalen March hit his 6th home run over the right-centerfield fence; the solo shot gave Curley a 2-0 lead in the 3rd. Loyola tied the game, aided by a nifty double-steal, in the top of the 4th inning, but Curley got 2 runs back in the bottom of that frame. In the bottom of the 5th inning Curley bats exploded for 8 runs. Nixon drove in 2 runs with a double in the bottom of the 5th inning which activated the 10-run rule and ended the game. The Curley righthander raised his record to 8-2.

Curley will meet Gilman on MONDAY at 7 PM at HARFORD COMMUNITY COLLEGE.