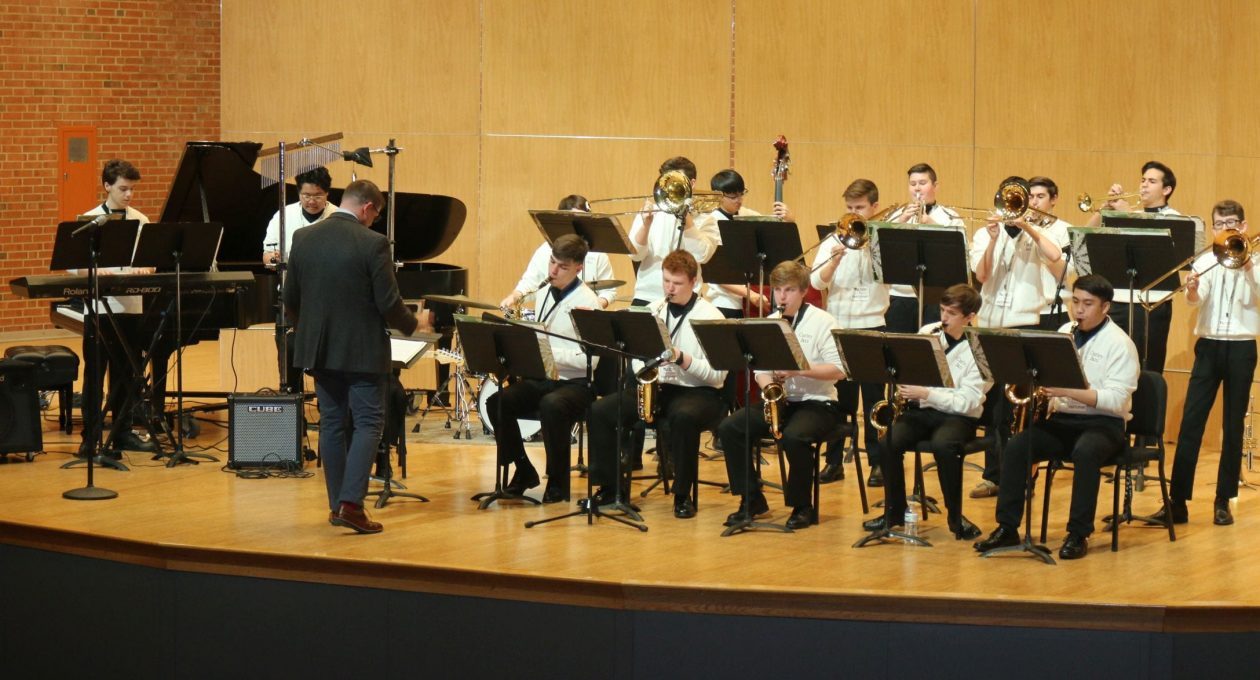 Curley’s Jazz Ensemble participated in the Towson University Jazz Festival on Thursday, January 16th. The Curley musicians took the stage of the concert hall to warm up, then played three pieces for those present: “Groovin Hard” by Don Menza, “Tourist in Paradise” by Russ Freeman, arr. Roger Holmes, and “Rooster Parade” by Les Hooper. Mr. David Ballou, Head of Towson’s Jazz Department, was present at the performance and offered a clinic on one of the pieces. He emphasized to the rhythm section to find and hold the groove of that particular piece. He spoke to the horns about not just playing the notes, but fitting each part into the groove of the rhythm section. After the clinic, the Curley men returned to the hall to listen to some of the other bands who were performing. Mr. Chris Campbell is director of instrumental music at Curley.